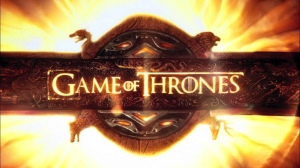 When I first started watching the television series Game of Thrones a year after season one first premiered on HBO, I was immediately enthralled with the characters and story they followed. After watching most of the first season, I knew immediately that I wanted to read the books. At the time, there were only four books published with A Dance With Dragons to be published that fall.

It took me about a couple of months to get through each book, but I was hooked. These are the books that I’ve been needing to quench my thirst after reading Lord of the Rings, I thought. This is my new obsession.

The years went back. A new season would premier and a year later the DVD would come out, allowing me to watch it.

But then something happened. I became less enthusiastic. First, the sixth book in the series kept getting delayed. Then the tv series would diverge even further from the source material until it went beyond any available books. When I kept to a particularly brutal death in the series that didn’t even happen in the book, I knew I was nearing the end of my tether with this particular show. With two or three episodes left to watch in season 7, I decided to stop watching it and haven’t gone back to it since.

The final season of Game of Thrones is airing now. I suppose there’s been some exciting stuff in this season, but I’ve figured out most of it already. And I couldn’t be bothered.

What was once an intricate dance with politics and deceit is now just meh. Nothing original. Nothing worthy of my attention. Just the same characters talking about what they should be doing instead of actually doing something. Once I would’ve cared for what happened, but now I’m indifferent. Even Tyrion Lannister and Arya Stark can’t bring back the magic for me. You can see they’re tired of the continuous fighting and shock scenes.

Does this happen with all fandoms? Is it possible to bring back the magic?

Maybe a break is all I need for now.