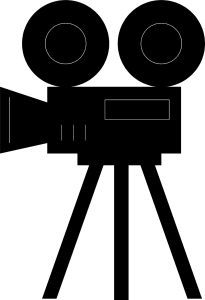 I think it’s pretty obvious these days that most of the movies that are coming out of Hollywood are based on books. Of course, books have always been adapted into movies, but it’s been more so as of late. Sometimes I feel like directors and screenwriters have run out of original ideas and decided to delve into the world of books just to keep people coming in to buy tickets.

I don’t mind if a book is being adapted but sometimes I wonder if it’s really necessary for every single one needs to have a screen adaptation. Some of the books aren’t really all that good.

With that in mind, here are some books that have been adapted into movies over the years:

What are some of your favorite books that were adapted to screen? I’d have to say my favorite adaptation is The Lord of the Rings trilogy, the first Harry Potter film, and The Help. I like Forrest Gump but I can’t compare it to the book as I haven’t read it yet! I’m sure there’s many books where I’ve only seen the movie adaptation, much to my chagrin!

2 thoughts on “From Page to Screen: Books that Were Adapted to Movies.”